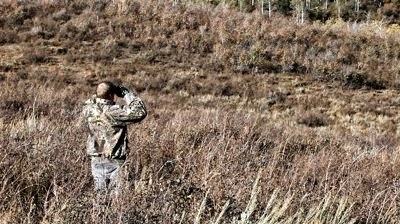 Like it or not, hunting is an integral part of life for many people who live in our part of France. The activity is organised in a typically French way: bristling with organisations, bulging with documentation, and the requirement for participants to take 2 exams - theory and practical. From personal experience we found the exams to be truly terrifying, but altogether an excellent idea.

Most French communes (local administrative units) have their own hunting association or ACCA (Associations Communales de Chasse Agréées - lots of e’s). These are run by a president and his committee. The president of the hunt is a prominent local figure. Compliance with the national laws and local rules and support for the environment are clear responsibilities for all hunters, but particularly the local Garde de Chasse. He must undergo specialist training before receiving this title, and should be the fount of all knowledge for fauna, flora, and hunting regulations.
The hunting fraternity are generally passionate about their activities, some might say obsessive. A good example of this happened just last week.

I was working in the house when suddenly my peace was shattered by a terrible din. Someone was pressing their car horn repeatedly which created a lamentable sound like a bleating goat. Predictably, this instantly set off our dogs - two very bouncy Australian Shepherds. They assumed that we were under attack, and dashed off, wailing in tune to the parps. Realising that it wasn’t the kind of noise our post lady normally makes in her car, I reluctantly decided to trek out after them.

I got to the gate, which was thankfully closed, to find the dogs now leaping around like yo-yos, trying to reach two men who were standing on the other side. I wasn't at all surprised that they were behaving in such an animated fashion, after all, both men were clad from head to foot in camouflage gear, and the face of one of them was heavily speckled with blood and dirt. Standing before me were two of our local hunters clad in their Sunday best.

One was Monsieur Bousaton the president of the hunting association of St. Mason (a nearby village). The other, the bloody one, was Monsieur Gabon, the association’s garde de chasse. The conversation that followed started with the usual pleasantries, and here is a general translation of the rest of the discussion:

M. Bousaton: “We are concerned that there is some poaching happening in the area and it may affect your land.”

Me: “Ah yes, the mushroom pickers, they can be difficult. As you know we've given permission for the locals to pick them, but we still have a problem with some people not using the gates, and cutting big holes in the fence to get through instead.”

M. Bousaton: “No, not mushrooms but, by the way, I am disgusted with the damage to your fence. I have seen your notices and these people show no respect. But this problem is different. We think there may be someone poaching your wild boar at night. There has been some shooting - very late - and it may be that you have dead or injured animals. Have you seen any?”

Me: “Well, no. But it’s a bit difficult to be certain, because we do have quite a lot of land.”

M. Bousaton: “Ah yes, but you and your husband know the land very well. You are the experts.”

Just as I was about to reply, our discussion was mercifully cut short by the arrival of my husband, Jack, who had come to find out what was going on. After an initial repeat of the pleasantries, and an update for Jack, the conversation continued.

Me: “Well yes we do know our land pretty well, but it would be quite easy to miss an injured, or even a dead boar, because the poor things usually go to ground and hide when they’re injured.”

M. Gabon: (visibly concerned by my use of the phrase ‘poor things’): “This one perhaps left a trail of blood too.”

Me:  “Ah, right. I suppose if it was wounded it probably would have. What a shame!  But no, I’m afraid I haven’t seen that either.”

M. Gabon: “Another question please. Have you heard any shots during the night coming from your forest?”

Me: “No, I don’t recall hearing any shots, but we do tend to go to bed quite early. What sort of time would they have been?”

M. Bousaton: “Yes! Normally this is forbidden to shoot at this time! That is why I asked Monsieur Gabon to come with me to try to find out where the shot came from.”

Me: “The smell? Erm, what smell would that be?”

M. Gabon: “The smell of the rotting carcass of course.”

Jack: (looking puzzled) “Sorry if I’ve missed something, but when did this shooting occur? If it was last night, then the carcass would still be quite fresh.”

Me: (Now becoming seriously confused) “Oh right. So, when was this shooting?”

At this point I was well and truly flummoxed.

Jack: (Staring fixedly at Monsieur Gabon) “Well, I must congratulate you on the length of your inquiries. I imagine we must be the last people on your list. And, by the way, why are you bleeding?”

M. Gabon: “Ah that, yes, I fell into some brambles this morning when we were out looking for the boar. It must be here somewhere!”

Jack: “It may well have been here at one time but, by now, I'm afraid that it’s highly likely to have been reduced to semi-liquid fertiliser.”

Judging by the frantic sucking of teeth and wagging of heads, the very thought of this possibility seemed ridiculous to our intrepid searchers. So, with many apologies for taking up our time, they returned to their car, and gaily bashed the horn a few more times before driving off to continue their search.

We can only assume, as Jack said, that we were the last on a very long list of people to speak to. But that’s true dedication for you! Nothing gets a French hunter more riled that an alien poacher shooting his animals!

This inquiry is likely to go on for years - in which case, I’ll keep you posted. 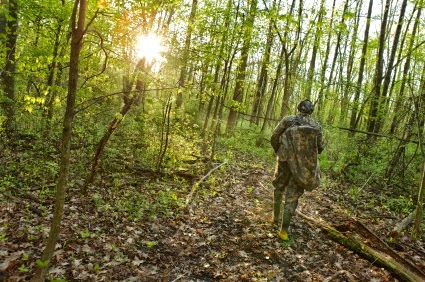 So here it is, the first Fat Dogs blog. My aim is to give you a weekly insight into our lives here in France. The people, places, and some of the experiences that have contributed to the Fat Dogs and French Estates series.

We live in a rural spot. Some might even term it as being ‘isolated’, a word that is pure music to my husband, Jack’s, ears. But it’s not really. Our nearest neighbour, Lucia, an Italian lady of indeterminate age, lives a mere half kilometre away. We don’t see much of her, but we certainly hear her. It seems that several years ago Lucia gave over a goodly part of her home to feral cats. Attracting them on an almost daily basis, she treats these animals as her own, feeding and caring for them as any dedicated pet owner might. As part of her cat welfare programme, she runs a pretty tight ship when it comes to punctuality. So when 15:50 comes around, we know exactly what to expect. Without fail we’re treated to a succession of deafening howls as Lucia calls the various moggies to their supper. It’s an extraordinary noise, one that can cut through the fiercest of gale force winds. It’s actually more like a fox call than a human cry, and usually scares the living daylights out of our dogs. It does the trick though. Within minutes of the banshee cries, variously-coloured felines can be seen slinking out of the woods and across the fields on their ways to the house, where they nibble nervously at plates heaped with goodies.

Lucia is equally generous to her human friends. An example of this comes in the form of her annual trek to our house. This usually takes place between the first and second week in January. We’ll know that she’s on the way because of the precautionary four or five telephone calls she makes to us, warning of her imminent arrival. “Well, at least she’s not screaming across the fields at us. I don’t think my nervous system could take that,” says Jack.

This January followed the typical pattern although she arrived the day after the warning calls this time. But we didn’t mind. She staggered in bearing a huge lop-sided Christmas cake that was covered in whitish-grey icing sugar that closely resembled a stubble field. The top had been peppered with a selection of well-used plastic cake ornaments, some of which looked as though they had started life on top of a wedding cake. We knew them well - they had become old friends by now.

“Here you are,” she announced brusquely, “your Christmas cake. I didn’t feel like making it at Christmas but I had nothing to do last week so I did it then.” With that Lucia slapped it down on the table and I knew what was coming next. “Can you transfer it on to one of your plates please? I’m using most of mine for the cats’ food at the moment. And don’t forget to give me back the Christmas decorations, I've had them for years you know.”

As usual she brushed off our sincere thanks and offers to stay for coffee, and strode purposefully towards her car, which was parked at a very strange angle outside our wooden gates. I followed her out to say goodbye, and watched nervously as she began to wrestle with the car’s controls. I had seen this before. The driver’s side door was still open; it was plain to see that she was handling the gear stick as though she was stirring a cake mix. It was not a pretty sight and sounded tortuous. Finally, satisfied that she had selected the correct gear, she gave me a curt nod and closed the door. Now, staring fixedly ahead, she slammed on the accelerator and shot backwards directly into our gate, which instantly took on the shape of a boomerang. Fortunately the wood was supple so no harm was done there. Her car was less supple and it now bore a new dent, nicely complementing the others that had accumulated around the rear end. Another scraping of gears and Lucia seemed to have found the correct one.

Completely unperturbed by her gate-ramming, she yodelled out of the window, “If there is anything at ALL that I can do for you, just tell me - right? We are neighbours you know!” And with that she chugged off the half kilometre back to her house.

Smiling to myself I hurried back to the house in eager anticipation of what I was about to do. Jack was already one step ahead of me. “Uh, heaven!” he exclaimed as a shower of crumbs exploded from his mouth. “This is the best one yet!”

Yes, our neighbour’s Christmas cakes may arrive a little late and look very strange, but we love them, and we love her even more!