Captivated by Ruins and a Happy Announcement

I’m a sucker for history. The thought of becoming custodians of a tiny snapshot in time is pretty special. And purely by accident, that’s precisely what happened to my husband, Jack, and I.
At the start of our estate-hunting mission, I confidently set out with a masterful list of specifications. If you’ve read Fat Dogs Part I, you’ll know that my brilliant plan was fatally flawed. We would need to compromise, although I never imagined we’d end up with an ancestral relic.

I vividly recall some of the thoughts racing through my head when we were first shown the courtyard ruin. Wow, fantastic! Wonder how old it is? Oh dear, is it about to collapse? And how would we maintain it? Is it a listed building? That’s bound to mean wads of legal French documents. A moat, too? Blimey! 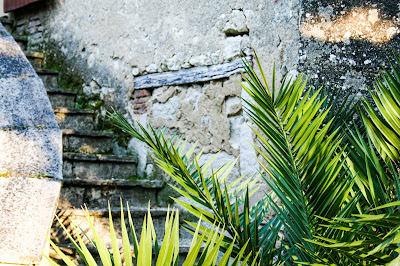 Despite it seeming the size of a hamlet, we were smitten by the property and its land, and, as I recount in book two, Le Palizac did eventually pass to our ownership. A long while later, we tried to find out about its heritage. Frustratingly, we came up against lots of dead ends.

The local Mairie (town hall) secretary told us that recording the history of domaines (estates) relied on families passing down information. I guess that makes sense. Sadly, there is little archived information that survived the generations for Le Palizac, but there is some. 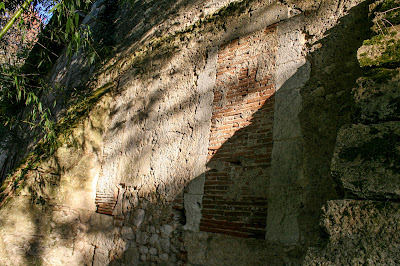 Aside from the ancient structure, one of our early shocks was to find that parts of the buildings we had bought were either severely crumbly or in need of a total makeover. We needed help. That came in the form of a mixed bag of eccentric artisans, whose exploits I recount in Fat Dogs III.

The crazy band included an architect who assured us that the courtyard was built in the 15th century. Easily impressed, I thought this was marvellous. Jack thought his guestimate was inaccurate, and as it happens, he was right. We recently learnt a little more about the background of our new home.

Palizac, a feudal castle with surrounding lands, was the seat of a lordship in the 13th century. It suffered under the control of a neighbouring parish ruled by the despotic noble, le seigneur d’Elocroix. He levied harsh inheritance charges, grazing rights, tithes and drudgery from his castle nearby. Tensions ran high between the rivals. Inevitably, something had to give.

So far we haven’t found out much about the ensuing conflicts, although we do know they ended in disaster for Palizac. The tower, the wooden staircases and main walls of the great castle were destroyed. Was the devastation sustained during battle? I’m not sure we will ever know.

Centuries later, the responsibility for looking after the fortification remains passed to us, an honour we take seriously. We asked the artisan mason who had worked with us on our main house renovations to give us his opinion.

Patrick, habitually covered in cement dust, with logs for eyebrows shading his button eyes, is utterly wonderful. I tell his story in Fat Dogs Part IV. He starts work at what my Father used to term ‘sparrow fart time’, (dawn), which is somewhat less wonderful.

Patrick turned up with his rickety ladders. He had a perilous poke around the courtyard walls, pointed at some disintegrating Roman-style bricks and gave us his opinion. 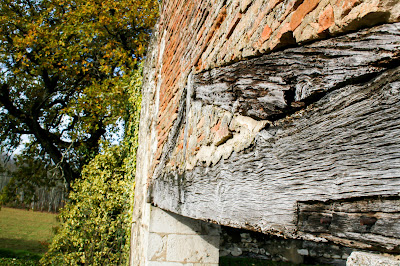 “The walls would have been much higher,” he said. “The existing top level needs protection from further water and frost damage.”

Sure enough, the existing stone frames and horizontal supports indicate that there was at least one other storey. To preserve the shell, Patrick suggested applying a magical product to cap the top of the walls. This would prevent further water ingress. He was given the job, and the protective layer was splodged on.

More recently, we made another exciting discovery about our domaine, which gives me the perfect opportunity to make my happy announcement. It’s finally ready, Fat Dogs and French Estates Part V is now available for pre-order.

Among the mass of other tales, in this episode I’ll tell you what happened when an innocent situation became a matter of archaeological intrigue. Needless to say, I was thrilled to the core.

As for our other escapades, well, I can’t wait to share them with you. You’ll meet old friends and new, and find out a little more about how we ended up with such a strange mixture of animals. The book will be published on the 16th January. If you’d like an e-copy now, just click on the book to reveal the Amazon link. 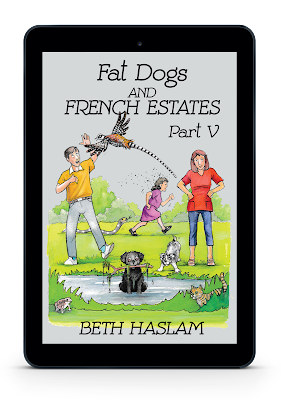 Just the other day as I was finishing a gardening stint, I stopped to admire the magnificent old oak tree next to one of the courtyard walls. Its mighty girth suggests it was around during those fraught medieval times. Gosh, what stories it could tell about life here through the centuries. It has also observed the trials and joys of our lives here so far. And we’re hoping there will be plenty more to come. 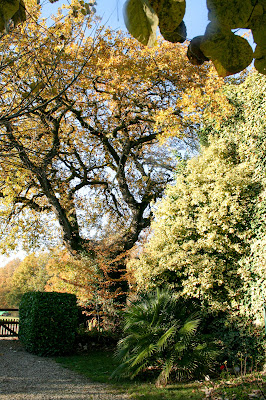 Yep, there’s no doubt about it, ruins definitely captivate me as does our extraordinary French home. I sincerely hope you enjoy the latest instalment in our Fat Dogs adventures where more will be revealed! 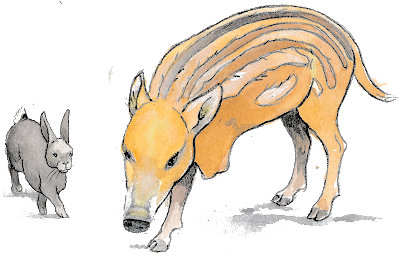